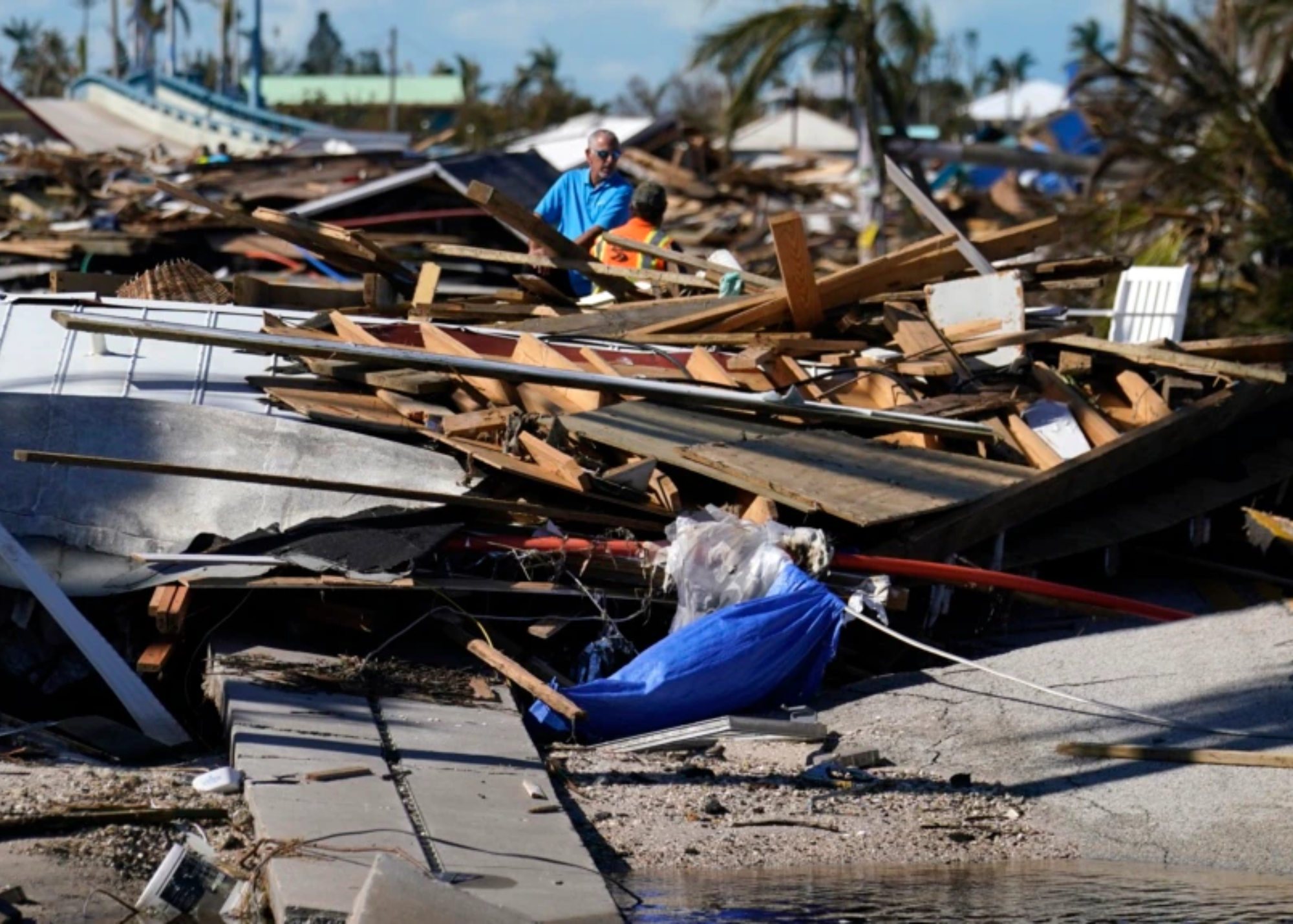 Hurricanes are among the most destructive natural phenomena that may destroys the lands' famous attractions like what happened to South Florida, US as they experience heavy rain falls and strong winds brought by the hurricane. As a result, the tourism faces significant challenges as hurricane Ian destroyed their famous spots.

Southwest Florida is the part of the U.S. state of Florida that is along the southwest Gulf Coast. South Florida consists of many tourist attractions that contribute to the tourism aspect of the land.

These are some of the tourist spots found here, including guided boat tours of the Myakka River, a trip to Naples Pier, Sanibel and Captiva Island beaches, the Gulf of Mexico side of Florida and many more. But for the time being, it will take years for residential areas and the tourism industry to recover. 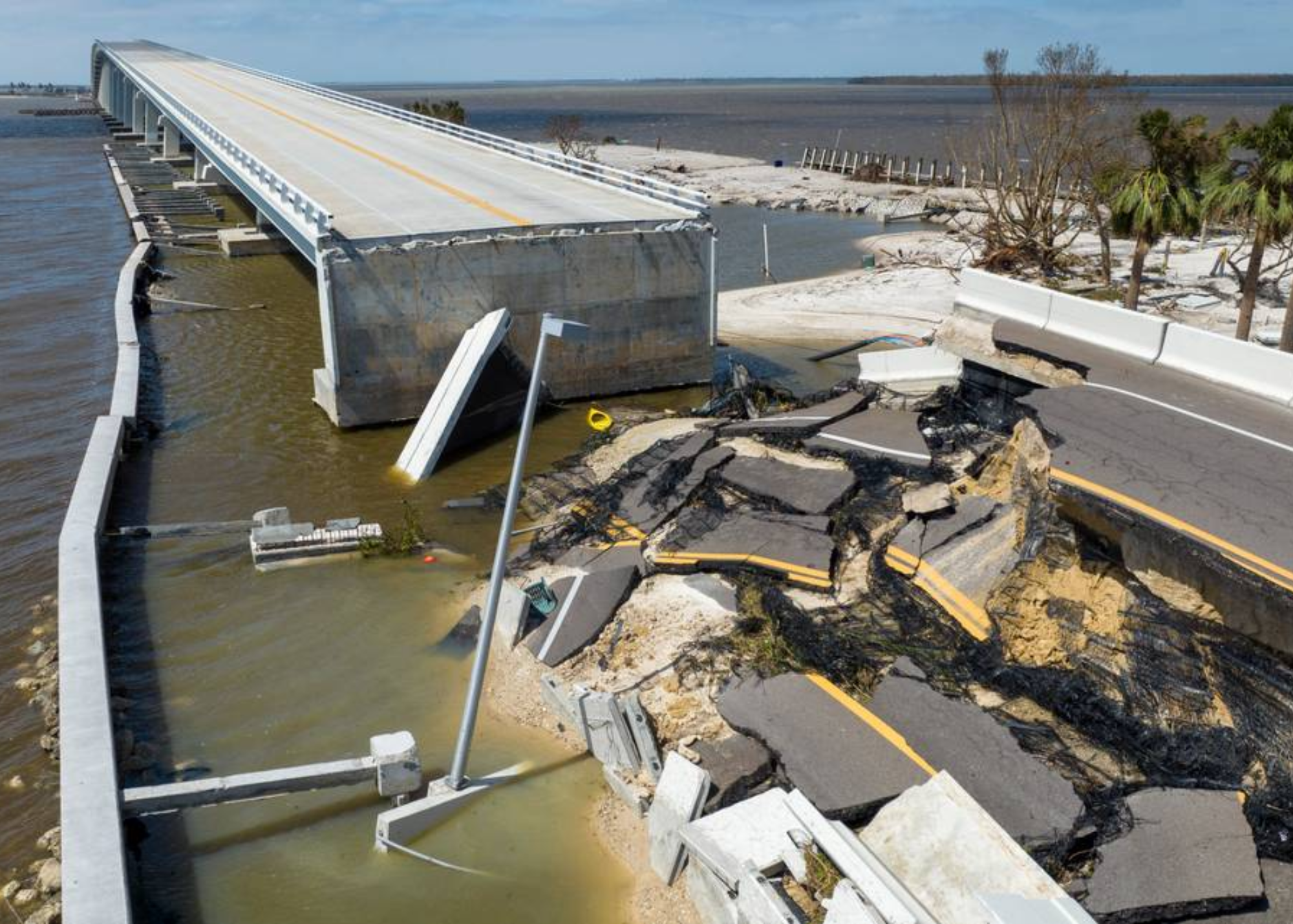 Hurricane Ian destroyed a section of the causeway leading to Sanibel, Fla., in Lee County

Experts say Hurricane Ian, which hit southwest Florida as a Category 4 storm, was the fifth-worst hurricane in Florida's recorded history and is unlike anything the Gulf Coast has ever seen. It's likely that tourism will take a back seat to cleanup efforts in the wake of the storm's over 100 fatalities.

Dana Souza, the city manager of Sanibel, expressed disappointment in saying that everything was lost during the hurricane. She further said: "Our electric system is pretty much destroyed; our sewer system has been damaged badly; and our public water supply is under assessment."

Hurricane Ian also destroyed the bridges to Sanibel and Captiva, as well as the causeway to popular Fort Myers Beach. The causeway is made up of three separate two-lane bridge spans and two man-made causeway islands. The causeway is 3 miles (5 kilometers) long from end to end and currently charges a $6 toll for island-bound vehicles only.

On the other hand, Cape Coral, which is nearby, is also experiencing power outages at this moment. South Florida and their hotels are taking in people who had to leave their homes in the southwest of the state. Hotels have lowered their prices in the Miami and Fort Lauderdale areas.

Their location is about a two-hour drive from the Fort Myers-Naples area across the bottom of the state on I-75, also known as "Alligator Alley." This is because people who left their homes before and after the hurricane are looking for a place to stay. In fact, South Beach Group Hotels has lowered their prices to as low as $50 a night until October 6 for people who want to get away from the Gulf Coast while they wait for power, cell service, and the internet to be fixed.

As more evacuees look for lodging, the Greater Miami Convention & Visitors Bureau may extend the sale they announced for hotels that began on September 1 and runs through October 1, 2010.

Assistance In The Aftermath Of Hurricane Ian

Nina Phelps is a good samaritan who assists the locals in South Florida. She is doing volunteer work for the United Cajun Navy, a disaster relief organization based in Louisiana that was founded in the wake of Hurricane Katrina in 2005. When disasters happen, the United Cajun Navy helps with search and rescue, gets vital supplies to people who need them, and helps with recovery.

She anticipates a difficult road ahead for the areas affected by hurricanes, particularly the island communities that Ian devastated. Phelps said:

"People in this area are finding parts of their home a mile away from where it should be. Boats are in the middle of the road, and on stretches of the coast I’d say 85% of homes are destroyed. Even the 15% that aren’t still have roof damage, which means the homes probably need to be gutted. This recovery will definitely take a year if not longer."

More than 1,300 employees, according to the American Red Cross, are assisting with relief operations in Florida and other places. According to Phelps, there is an extreme need for assistance. She continued, "We just want to be here to help them get through it and to rebuild their lives as best as they can."

The economy of the area is based on its beaches, subtropical landscape, and winter resorts. As the hurricane intensifies and continues to hit southwest Florida, one of the affected residents tells his story. Her name is Brandie Rae Chapman.

When Brandie Rae Chapman learned that Hurricane Ian, which was rapidly intensifying, would make landfall in southwest Florida last week as a Category 4 storm, she was at home in the small island town of Fort Myers Beach. Chapman chose to leave her late father's home and flee, grabbing her dog and cat in the process, which might have saved her life. Days later, when she came back, Chapman was taken aback.

Water reached the roof on the outside, and was four feet high on the inside. Everything I own was in that home, including a lifetime of family memories. It’s heartbreaking. My dad’s house, our neighborhood – our entire island, really – is just gone.

Hurricane Ian Was One Of The Strongest U.S. Storms

The death toll from Hurricane Ian, which made landfall in the United States with sustained winds of more than 240 kilometers per hour, continues to rise, as do estimates of the storm's damage, which now run into the tens of billions of dollars. Search and rescue operations have shifted to relief and recovery, but hundreds of thousands of Floridians are still without power and the internet.

Chapman, Hurricane One survivor sadly stated: "I didn’t even know where I would be sleeping tonight. Hotels are booked for hours in every direction. Airbnb owners are price gouging. My only option was to sleep in my car, and I know I’m not the only one in that situation. She told them that an older woman had said she would help them out by lowering the price of their rent. Chapman was so grateful for this help at the right time.