Fanning Island - The ‘Heavenly Footprint’ Of The Line Islands 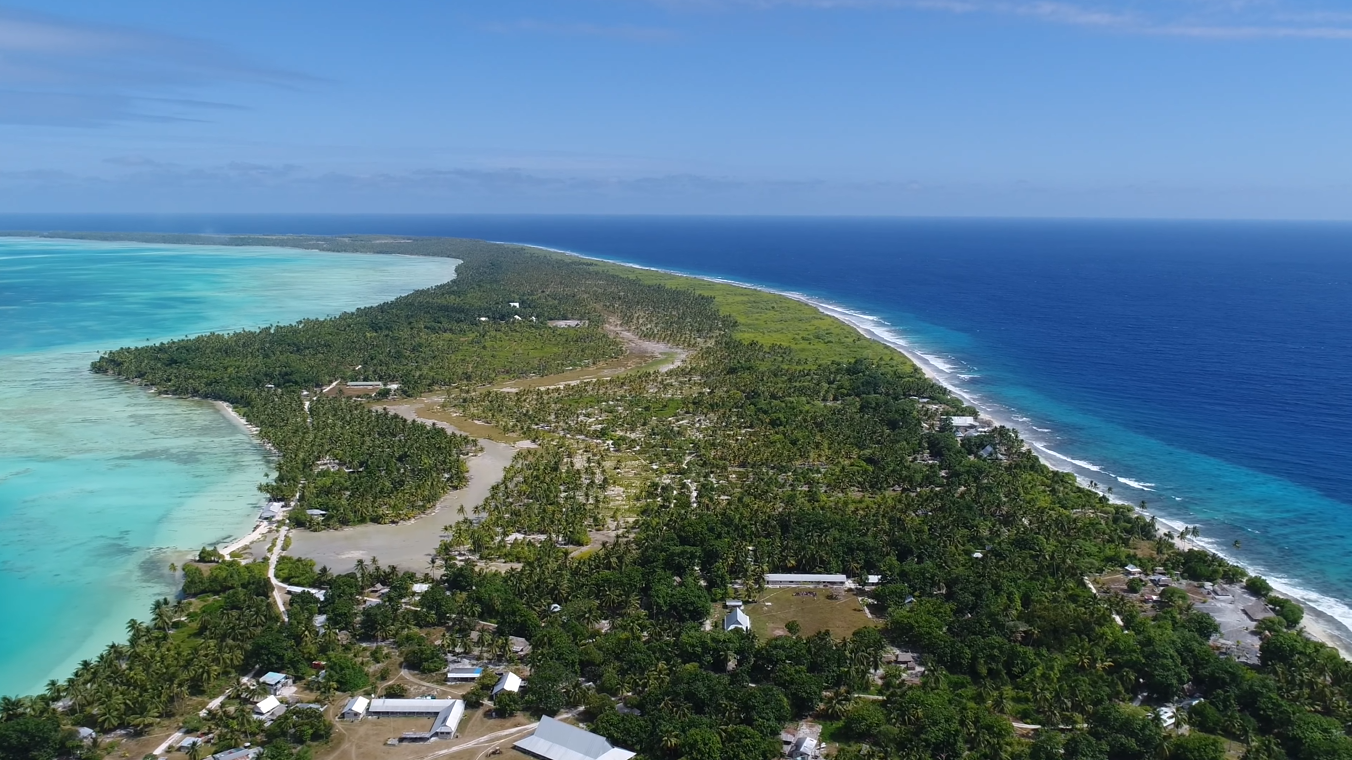 The island is a roughly oval coral atoll, 9.5 nautical miles northwest and southeast, by 6 miles wide.

One writer describes it as shaped like a footprint, adding that the people of Manihiki called it Tapuaerangi, “heavenly footprint.” (Kiribati people call it Tabuaeran).

The deepest water in the lagoon is about 50 feet, only three-quarters of a square mile exceeds 30 feet in depth, and most of it is very shallow.

There are three narrow breaks in the 31 miles of land rim. As two of these the reef admits passage only for a canoe in good weather. The third entrance, at English Harbor, has a width of 300 yards, with depths of 25 to 30 feet in the middle.

There is a 5-knot current through this passage at ebb and flow.

Vessels may anchor immediately inside the entrance. For small vessels, drawing 10 feet or less, there is a spacious anchorage beyond a sand bar.

There is a concrete jetty at which vessels drawing less than 18 feet may load. Vessels also may anchor at Whaler Anchorage, on the northwest side.

Here is located the pier of the cable station, at or near which landing is generally good.

The rim of Fanning Island is very low, made up of a beach crest, about 10 or 12 feet high, within which much of the land is only 2 or 3 feet above sea level.

The land is thickly covered with coconut palms and the remains of native bush. These reach a height of 60 to 90 feet, making the island visible from the deck of a vessel at about 15 miles.

The beach is backed by a dense growth of Scaevola and tree heliotrope. Here and there Pisonia trees stand out above the coconut palms. Pandanus and a few introduced fruit and ornamental trees occur.

The soil is fertile and breadfruit, bananas, figs, pineapples, taro, and arrowroot grow readily. Soil has been imported from Honolulu for vegetable gardens.

Surrounding Fanning Island is a narrow fringing reef, nowhere more than 1,500 yards wide, along most of the shore much narrower. 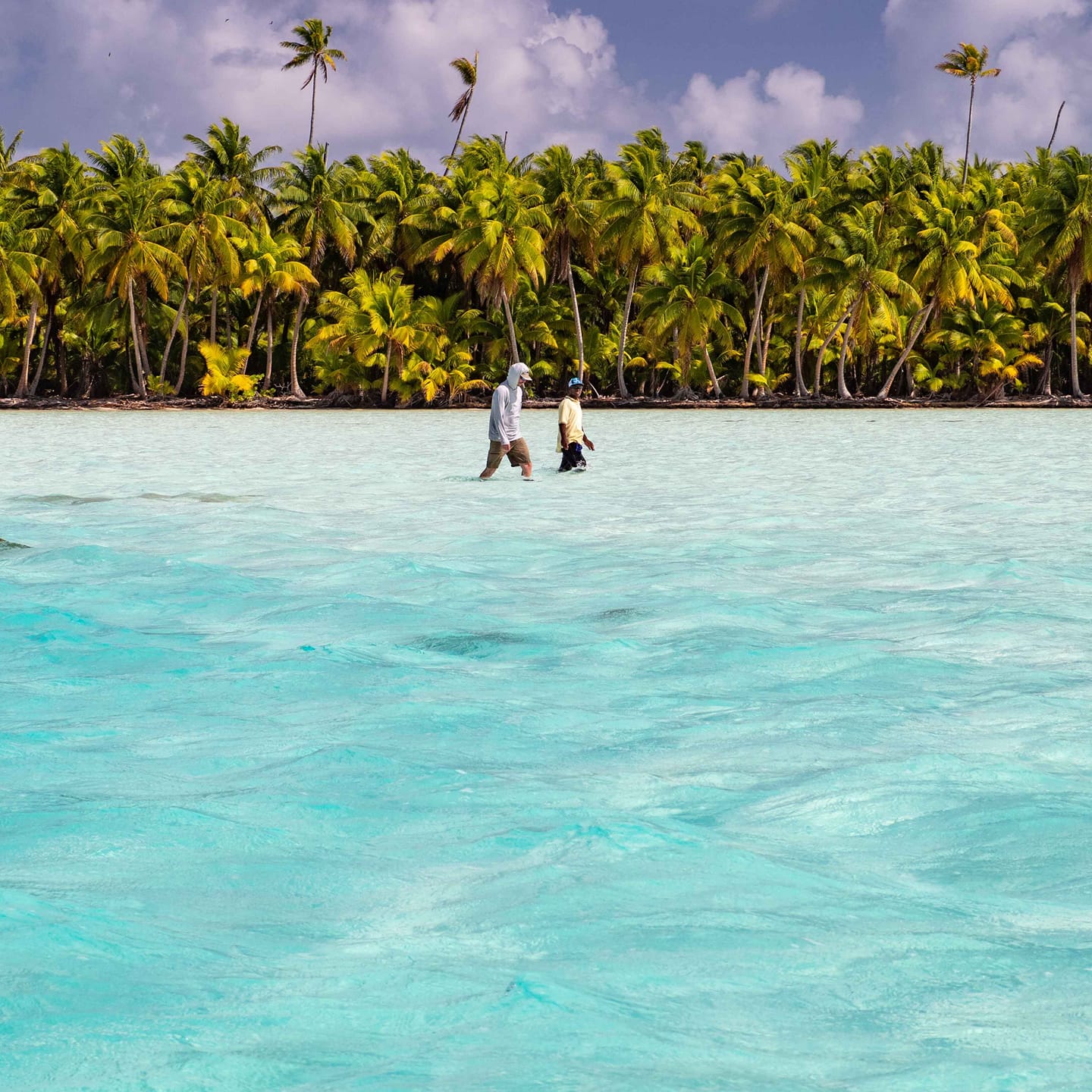 Marine life in Fanning Island is abundant along the reef and in the lagoon. Land crabs are numerous, making burrows in the sand.

There are the usual sea and migratory birds, and in addition a highly colored parakeet and a warbler. Several accounts of the bird life have been published.

The climate although warm is very uniform and healthful, with the mean temperature 83.5 (73 to 92) degrees Fahrenheit, modified by nearly continual trade winds.

These blow from the southeast 45 percent, from the east 30 percent, and from the northeast 13 percent of the time.

The annual rainfall is variable, but usually is between 80 and 100 inches, with as much as 125 inches, and occasional drier years.

The late fall usually is the driest time of the year. The barometer stays close to 30 inches of mercury.

The weather is worst in March and April, but severe storms are rare. 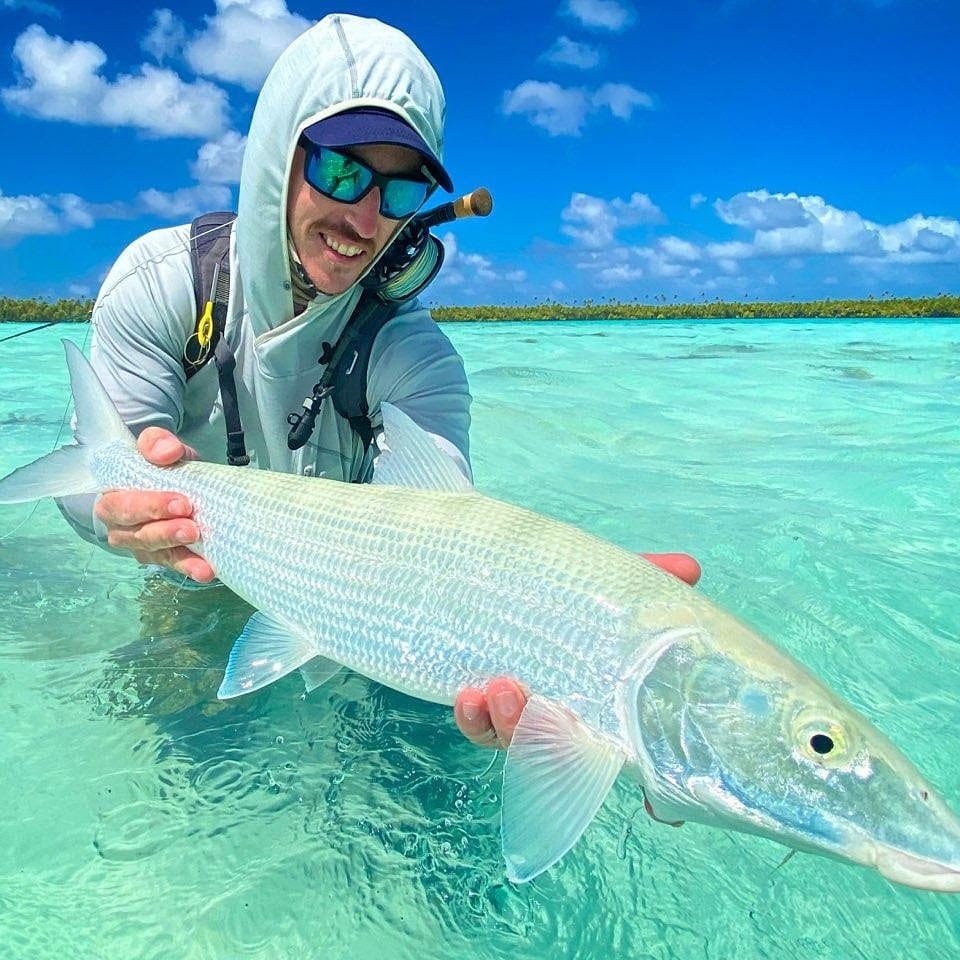 He concludes that the island was populated by people from Tonga about the 15th century.

Fanning’s narrative of near shipwreck and his description of the island make good reading.

One commanded by Captain Mather, called it American Island in 1814. An account of the island is given by Captain Legoarant de Tromelin, of the French corvette La Bayonnaise, which visited the island in 1828.

At least four vessels arrived at Honolulu from Fanning between 1843 and 1853.

A short time prior to 1855, Captain Henry English, with 150 natives from Manihiki (Humphries) Island, settled on Fanning and commenced the production of coconut oil.

He placed the island under British protection when Captain W.H. Morshead visited it in H.M.S. Dido, October 16, 1855.

Shipping records in The Friend, The Polynesian, and The Gazette (all published in Honolulu) give some idea of the amount of coconut oil produced.

About 1857, a whaling ship brought to Fanning an Ayrshire Scotsman, William Greig. A short time later he was joined by an American, George Bicknell.

The three sons of Greig remained on Fanning, but the descendants of Bicknell gradually moved away. His heir sold his share of Fanning and Washington Islands to a man in Suva, from whom it was acquired by Father Emmanual Rougier.

A firm, Fanning Island, Limited, was formed which operated Fanning and Washington Islands until 1935.

Due to low price of copra, in that year it was sold to a subsidiary of Burns, Philp and Co., Ltd., operating under the name of Fanning Island Plantations, Ltd.

According to shipping records in Honolulu, there was a guano digging boom on Fanning between 1877 and 1879, for ships of many flags sailed there to load guano.

Some vessels were wrecked, such as the British barque Crosby, 1879. In 1885, guano still was being shipped. But in 1887, lumber was taken there to make copra drying and storage sheds, and from then on copra was the chief industry on the island.

A cable relay station was established in 1902. This breaks the stretch from Bamfield, Vancouver Island, to Suva; 3,300 miles, Bamfield to Fanning; 2,200 miles, Fanning to Suva. 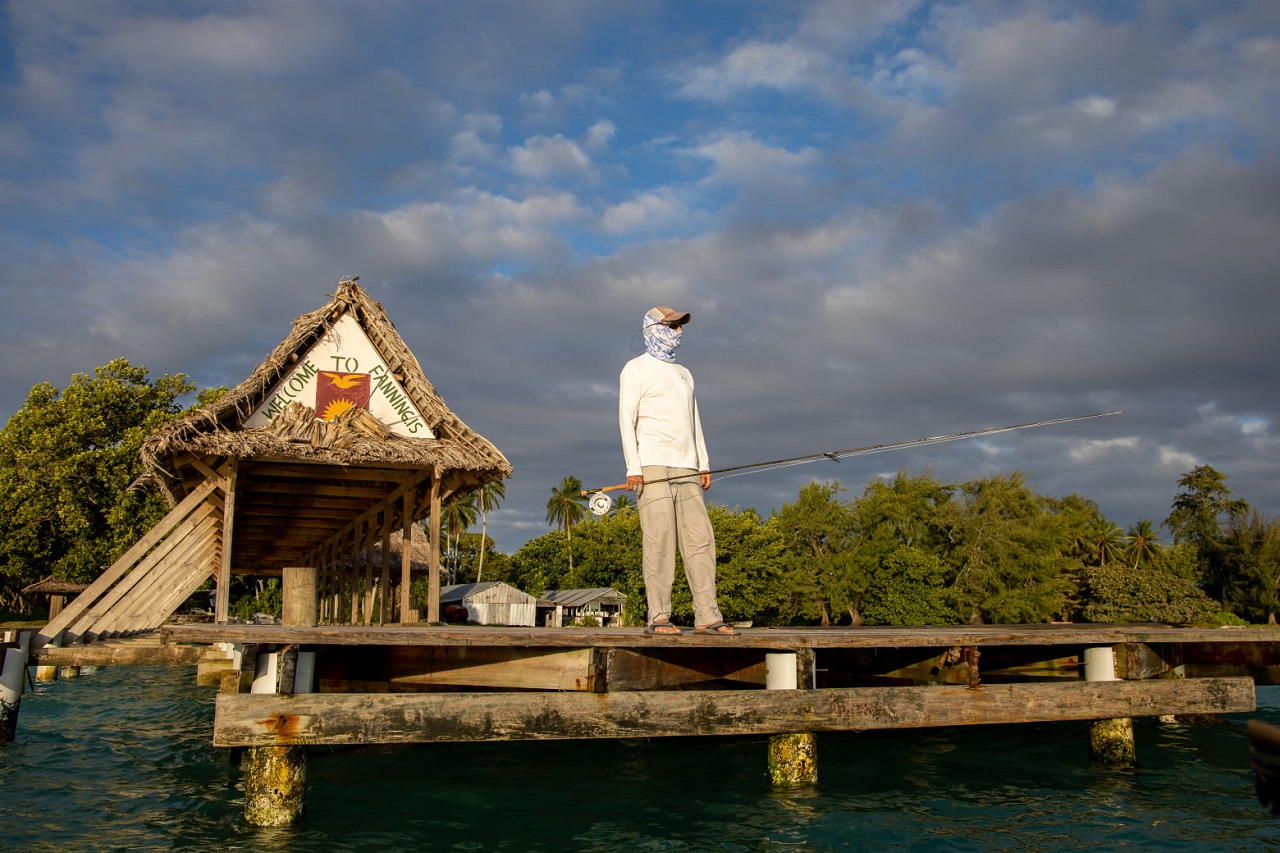 Up to 1931, Union S.S. Co. freighters stopped with supplies. Since then, Fanning Island has been supplied from Honolulu, the S.S. Dickenson making quarterly trips.

Many comforts are provided, such as radio, refrigeration, electric lights (from Diesel generators), a doctor, tennis court, library, even a branch of the New Zealand Savings Bank, to make pleasant to two-year tours of duty of the cable station personnel and their wives, numbering about 20 white people.

Storage tanks hold about 8,000 gallons of rain water, and well water also is reported to be both good and plentiful.

In September, 1914, the German cruiser Nurnberg slipped up to Fanning, flying the French flag. They landed and wrecked the cable station, cut the cable, and destroyed a cache of spare instruments.

With the assistance of Hugh Greig, who dived for the several ends of the cable, communication was re-established within two weeks.

In 1939, it was reported that Fanning Island was being fortified against a repetition of this; but the report was denied, it being stated that an undefended island of purely commercial importance was safer.

At English Harbor, headquarters of the copra plantation, there are 3 or 4 more white people and between 100 and 150 Gilbert Island workmen.

It was reported in 1939 that 300 new Gilbertese recruits were being taken to Fanning.